The Polizei Trainer in Deutschland (PID) coordinates the European Trainer’s conference in Nurnburg Germany and invited John Meyer to speak about Shoot House Instructor Development on March 8 preceding the IWA show. Ecko Niebergall, Advisor and President of PiD was the facilitator of this event that had over 300 Police Trainers from 12 different countries.

Gary Monreal flew to Germany to conduct a Simulation Instructor Development course March 10-14 in Wiesbaden, Germany. This course was coordinated by the efforts of Ecko Niebergall and SFC Joe Willis. Joe and Ecko have established cooperation between the US Army Military Police and the Hessische Polizeischulle to facilitate training between both organizations. They both have been trying to get Team One to Germany for more than a year. John Meyer joined Gary on March 11 to assist with the course. This course would not have been possible if it weren’t for Ecko and Joe, but Team One also had support from Redman and Simunitions. 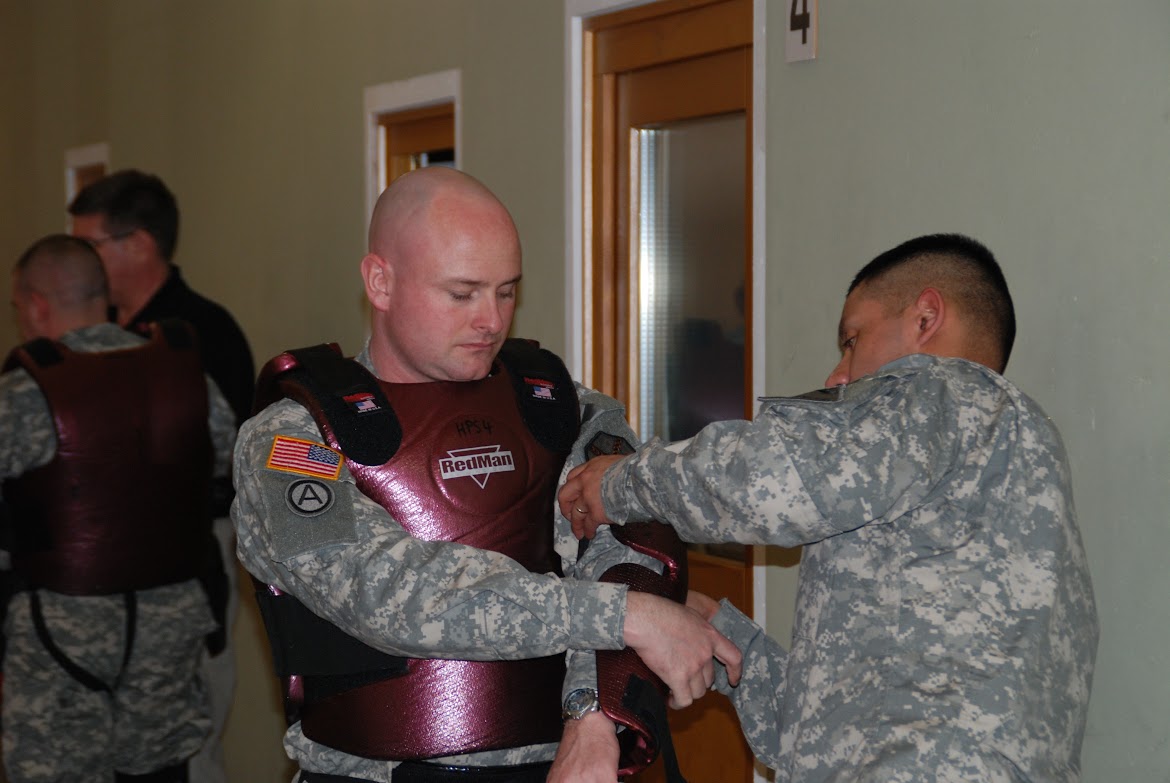