Participants get hands-on experience in breaching thanks to RuhlTech Engineering.  The company shipped two doors and dozens of breaching tools to ensure everyone had plenty of opportunities to train.

TSSI provided casualty care training equipment for Dr. Paladino to deliver the medical portion of the training.  During the tactical combat casualty care (TC3) session, Doc gave a brief refresher on essential concepts of TC3 and then immediately took the participants out to put their knowledge to the test during a simulated active shooter scenario.

Low Light operations are part of the day to day for police officers and training for it is a must.  Streamlight Inc. provides a wide array of flashlights for the training to allow participants to try a variety of low light techniques.  Since the training was conducted in the Army’s Military Operations in Urban Terrain (MOUT) site the location provided the perfect amount of tactical angles and building layouts to test even the most experienced police officers.

RedMan and Simunition each provided equipment and ammunition for the safest and realistic training possible.  By adding the realism of hands-on defensive tactics and use of force options the participants were required to make adaptive decisions and escalate force appropriately – one of the most critical skills for first responders. 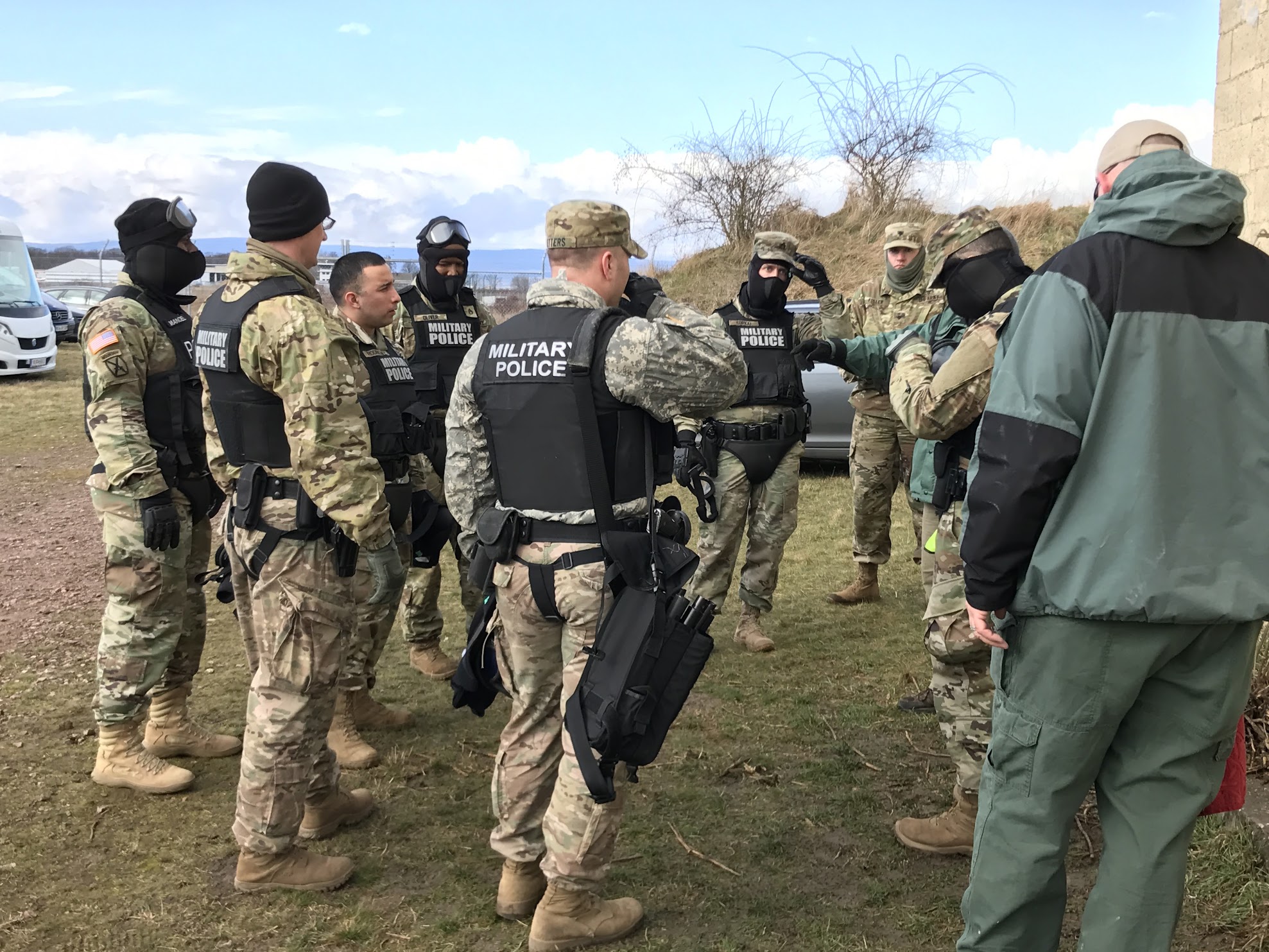 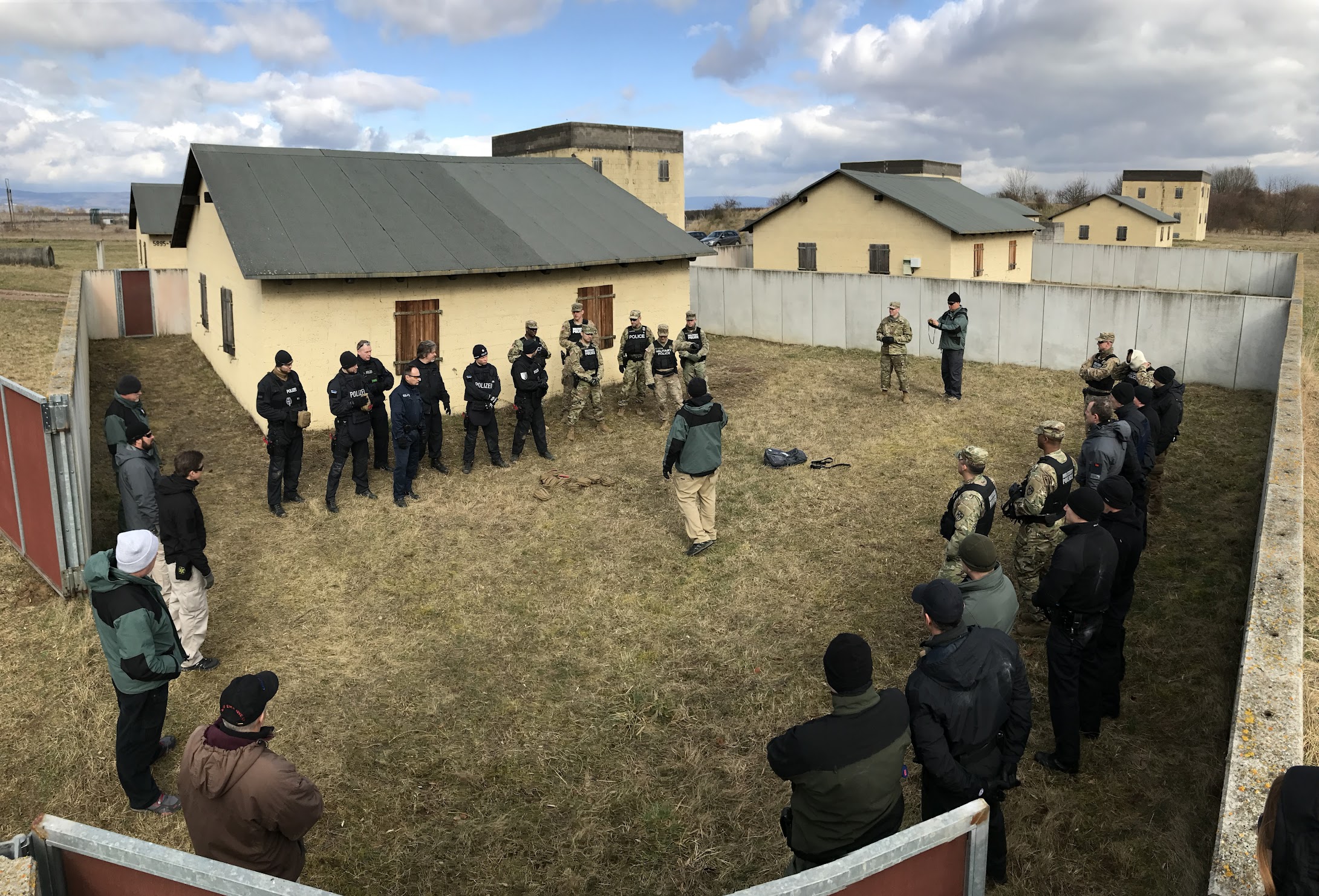 John Meyer conducting an After Action Review (AAR) with all of the participants following a mass casualty drill. 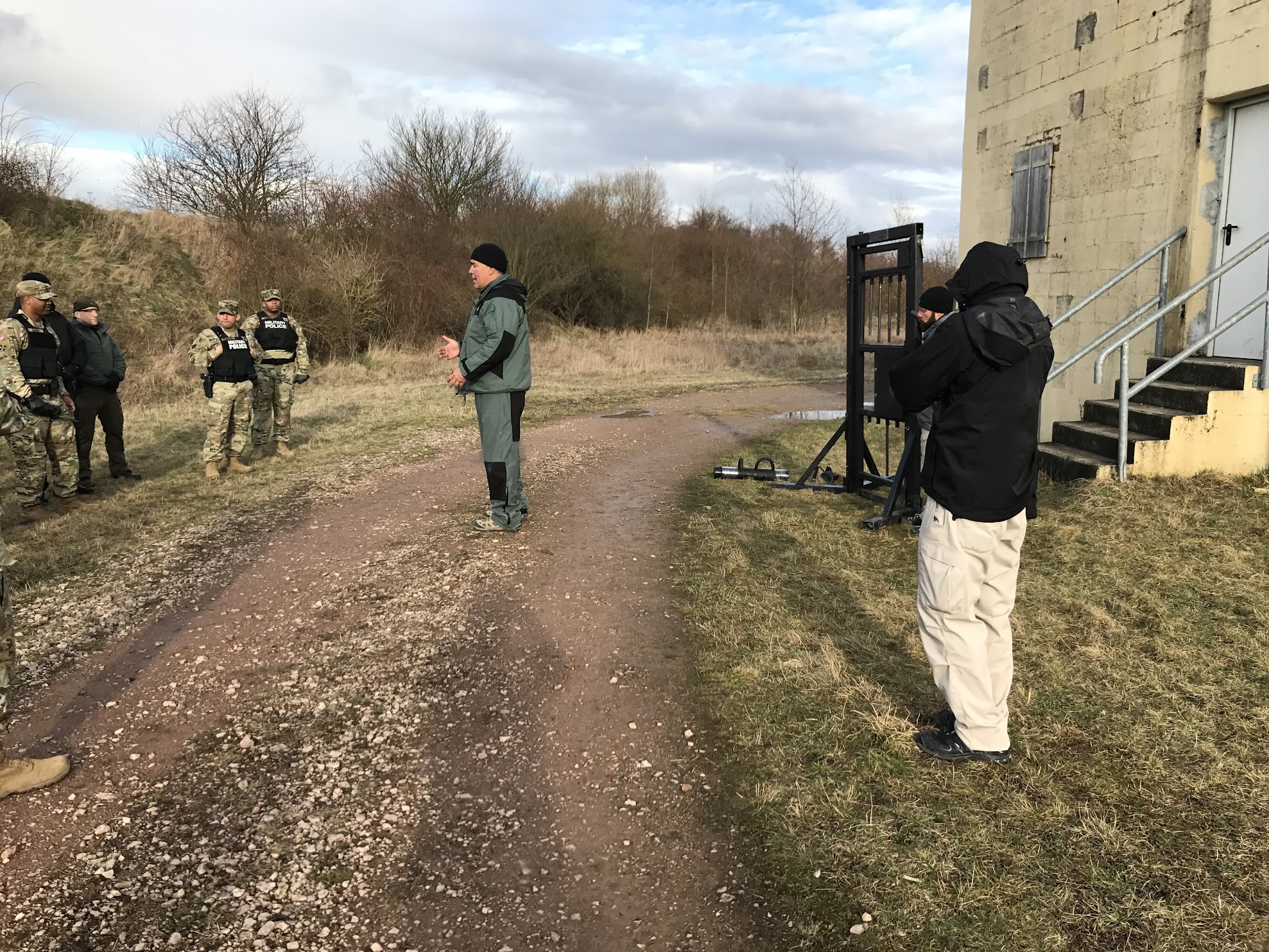 Gary Monreal and Andy Ruhland briefing a scenario to US Army Military Police and German Polizei. The drill will require a breach using bolt cutters as they respond to a domestic violence call. Once inside they must determine and use the appropriate level of force and treat any casualties. 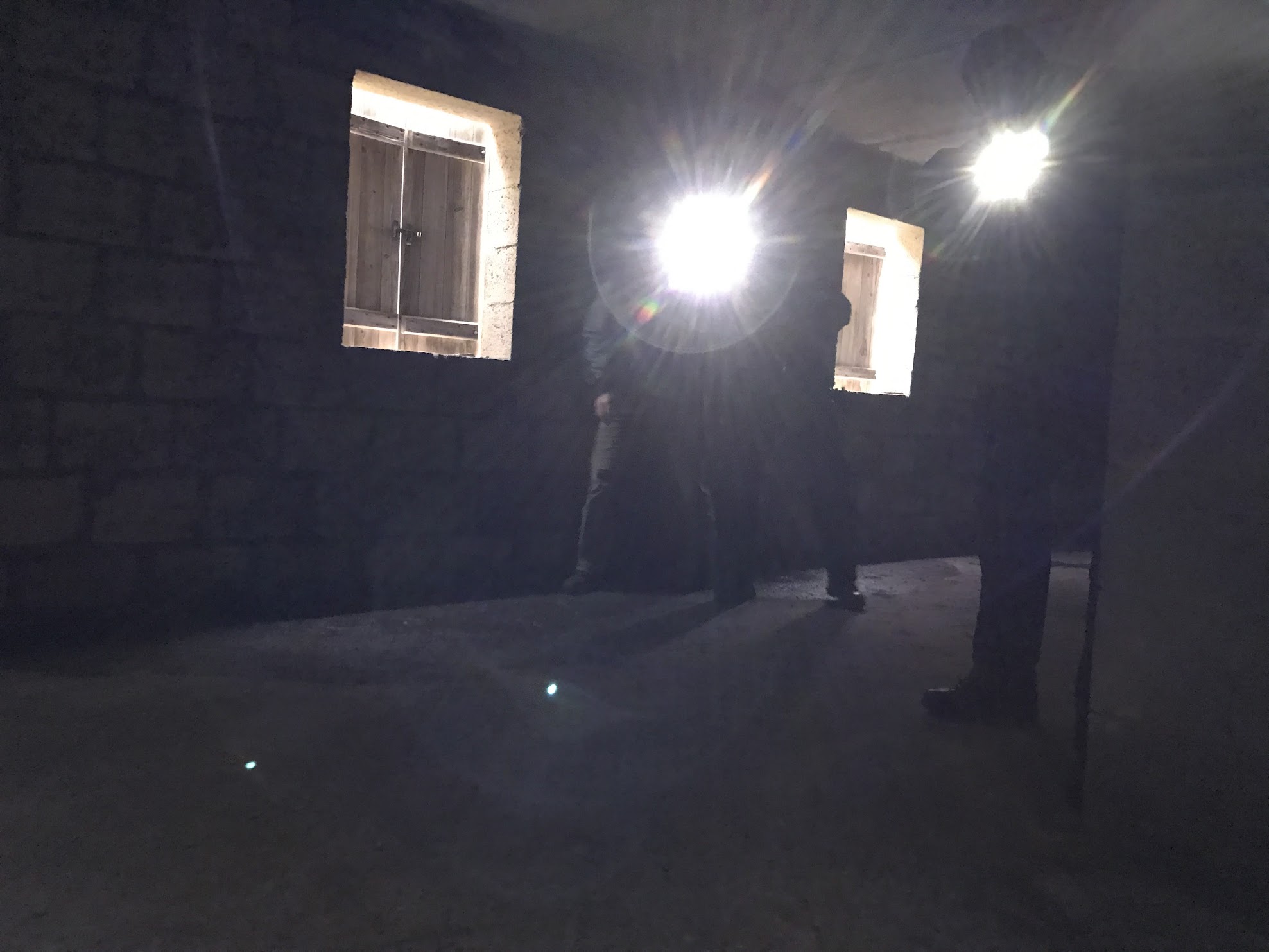 Joe Willis observes the low light techniques used by a Military Police and Polizei duo while the engage a subject in a dark corner. 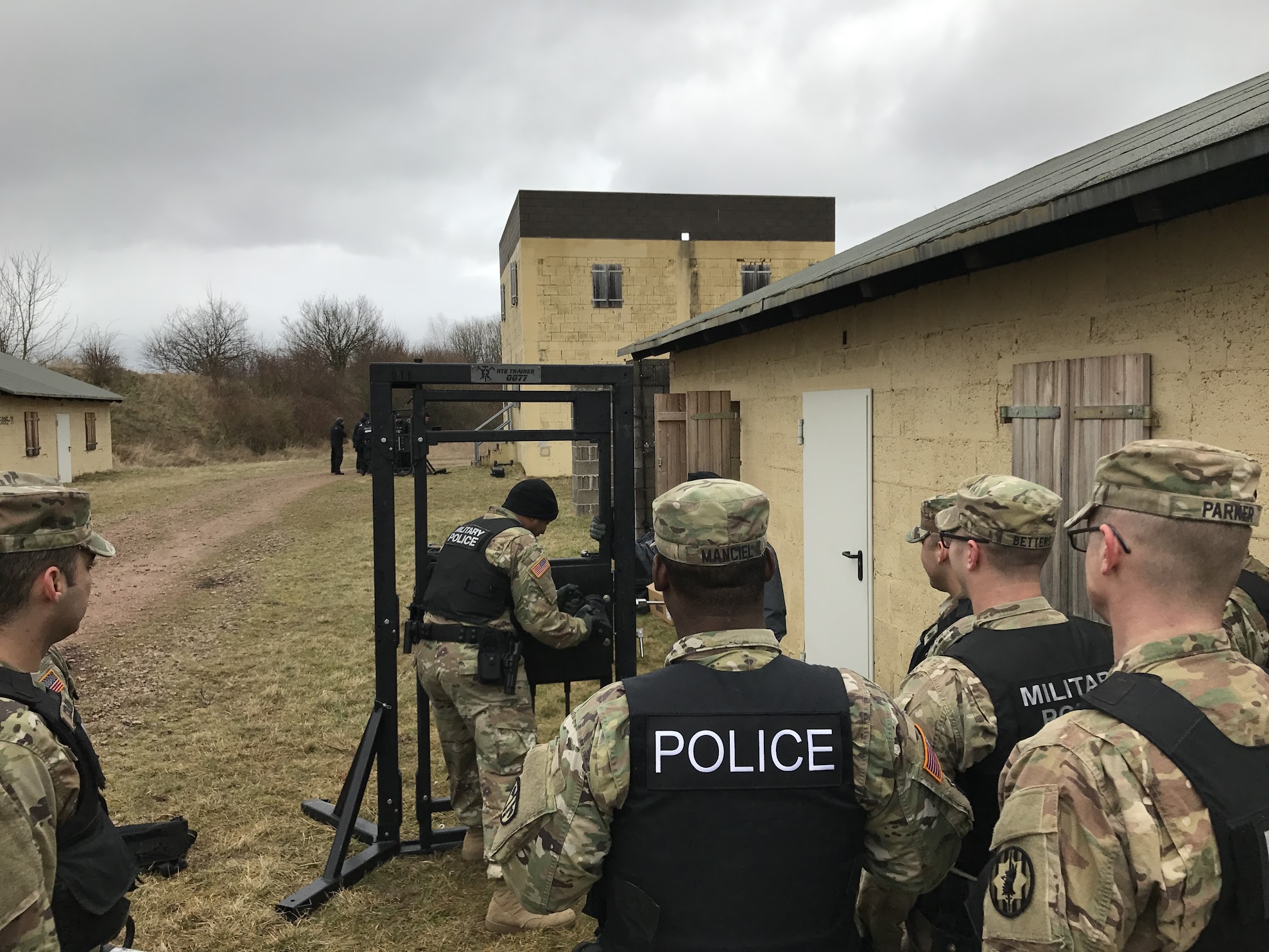 Andy Ruhland evaluates breaching technique conducted by one of the US Army Military Police Soldiers.

Dr. Lorenzo Paladino does a brief refresher on TC3 before taking the participants out to do a hands-on mass casualty drill.