This year is Team One Network’s fifteenth anniversary and most small businesses fail within the first 3 years. Team One Network is successful because of our instructors – but some have done more than others. We have more than 60 Instructor/advisors that all do a great job.  This year, John Meyer created an award to recognize instructors who have gone the extra mile and have shown their dedication by exemplifying the phrase,  “Make it Happen.” 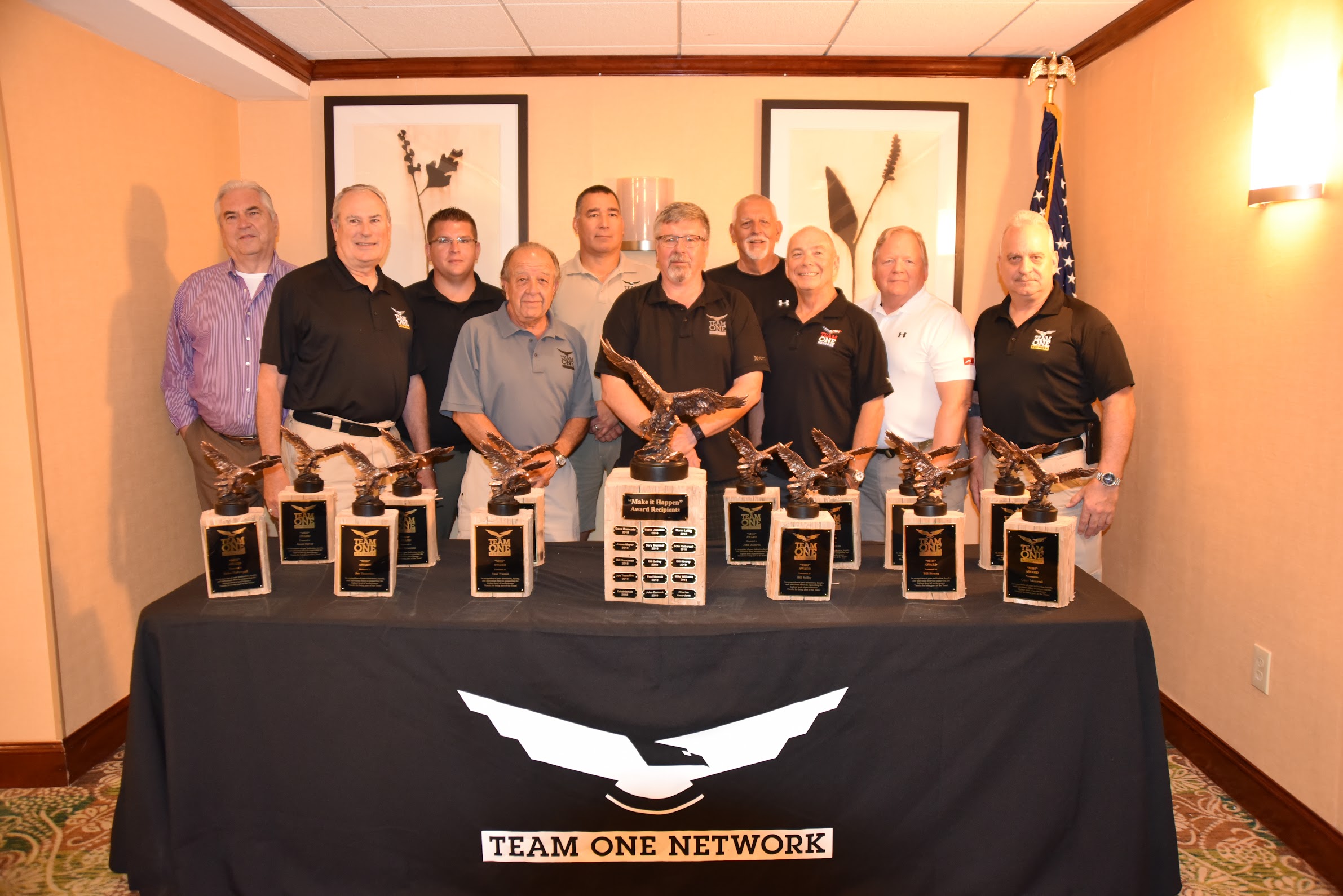 Instructors who received the award this have been with Team One Network from the start and have acted as a Board of Directors. John Meyer, called them the “Plank Holders.”

What does the award symbolize?

The award symbolizes the values of Team One Network as represented by two iconic elements:

The eagle adorns this award, which represents the strength, courage, knowledge, integrity, and forward focus that has been the attributes of all its recipients.

The hand-hewn base – made from barn beams used for its strength in framing structures.  The wood is aged, sturdy, axe-textured, squared, imperfect but offering character and structural integrity much like the recipients have done for Team One.

Initially, MIH will be awarded to the original “board of directors” – individuals who have participated in Team One Network since its’ founding 15 years ago.

Going forward, the past recipients of the award will nominate and vote for a new awardee. A majority vote will qualify the person to be awarded the MIH award. (Not a unanimous, because it will never happen with the raging A personalities)  awarded yearly…. or when so inspired to a qualified individual.

What does it mean to receive the MIH award?

The MIH award is only given to those individuals whose tenure with Team One has been at least 10 years and has participated in not only Team One Training classes, but also participated in the events and organizations that exemplify Team One’s values. Those who have volunteered or participated in events such as:

One major trait that you have exhibited during your tenure is your willingness to disagree with Me. Ecko Niebergall received his award while John was in Germany after the conference for an Active Shooter Instructor Course.